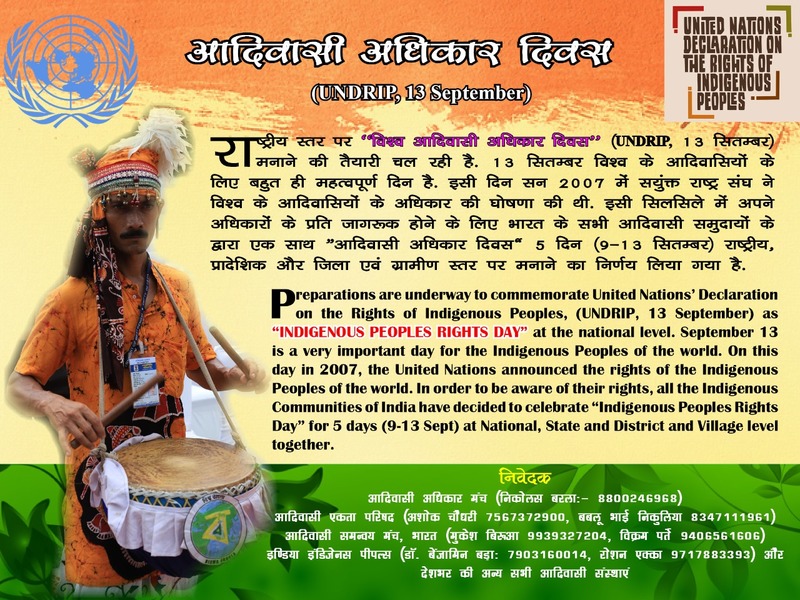 The Pandemic happened to be a blessing in disguise when many Indigenous Community leaders in India decided to have a common observation of UNDRIP in all possible ways. The many other indigenous leaders and representatives were contacted across India and all of them expressed to connect together for the observation of UN Declaration on Rights of Indigenous Peoples, 2020. A round of online meetings and deliberations took place and the following plans were finalied.

In Joint Collaboration with

Peace and Non-Violence: From the Roots of the Original People (Joint Collaboration of Indo-Mexican Indigenous Peoples for a Better Tomorrow)