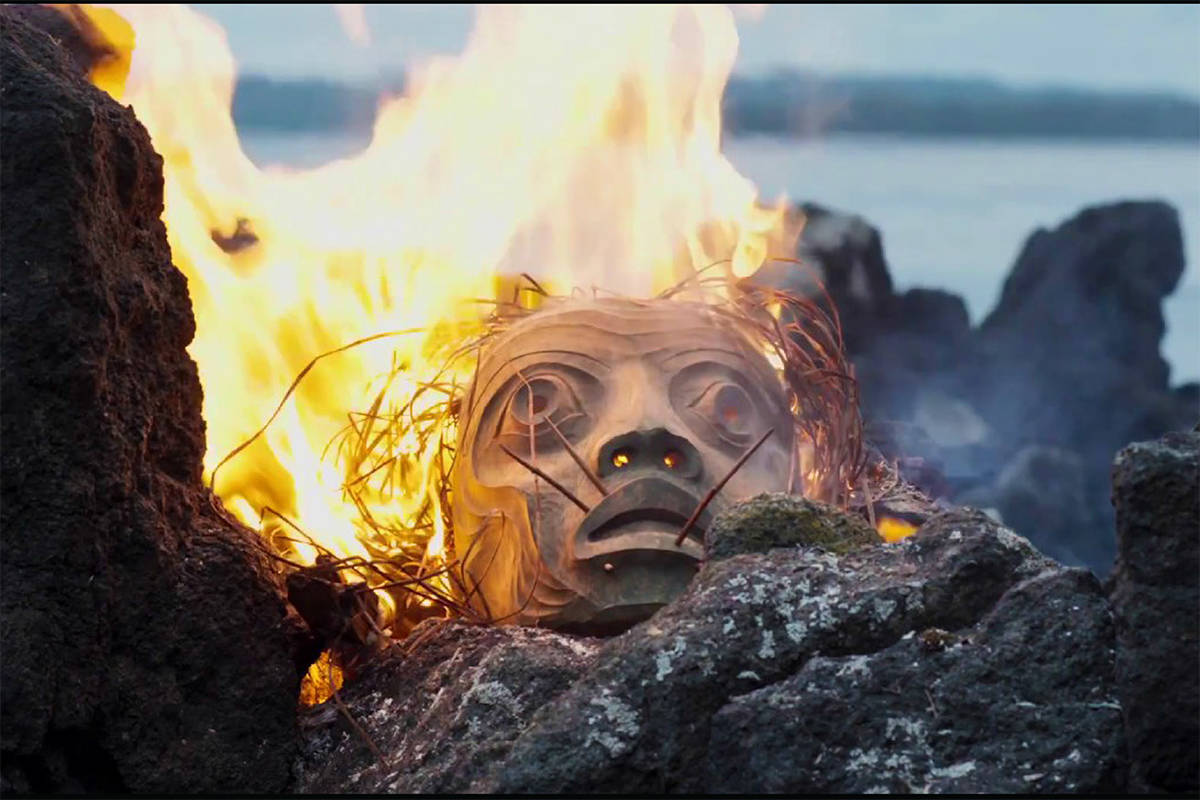 Edge of the Knife is a 2018 Canadian drama film co-directed by Gwaai Edenshaw and Helen Haig-Brown. It is the first feature film spoken only in dialects of the Haida language. Set in 19th-century Haida Gwaii, it tells the classic Haida story of the traumatized and stranded man transformed to Gaagiixiid, the wildman.

Neapolitan: the Language of the Art and Philosophy