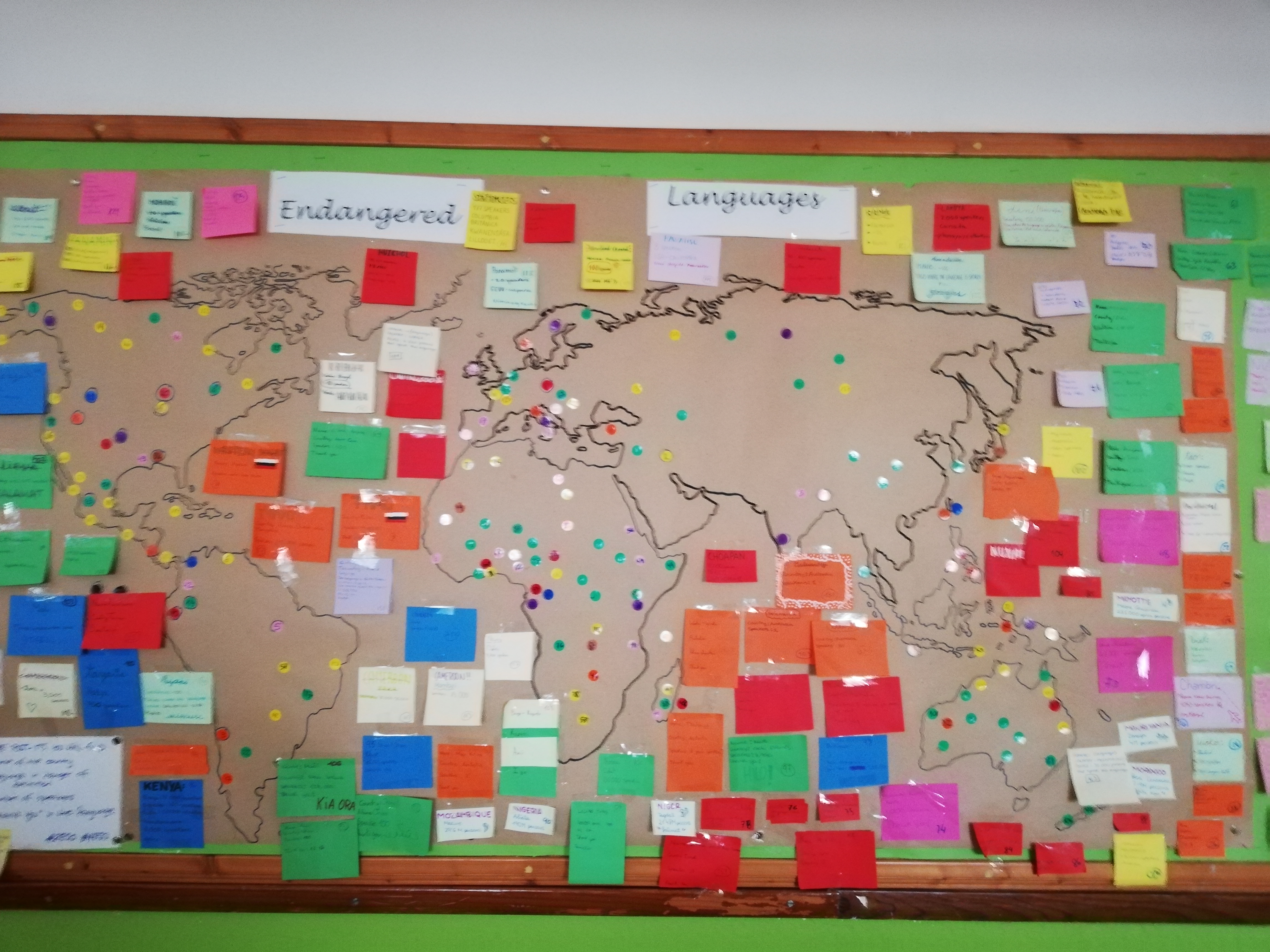 “Languages play an important role in the daily lives of people. Not only as a tool of communication, education, social integration and development, but also as a repository for each person’s unique identity, cultural history, traditions and memory. But despite this immense value, languages around the world continue to disappear at an alarming rate.

With this mind, the United Nations declared 2019 as “The Year of Indigenous Languages 2019” (IYIL2019) in order to raise awareness of them”

And with this topic, and in order to participate in the contest THE FONIX 2019 we have worked in this project with the ESO1 and ESO2 students (ages 12-14), in order to raise awareness of the importance of preserving languages around the world.

We have prepared different activities:

Now, we have to choose the best one for THE FONIX 2019 contest.

But, no matter if they win or not, our students have done a VERY GOOD JOB, we have learnt more about languages around the world, we have been aware of how important it is to preserve all languages… and we have had GREAT FUN!